Many music lovers like to attend an introduction to the evenings concert just half an hour before the concert starts. The South Netherlands Philharmonic introduced digital introductions and they became very successful. Here is the story: 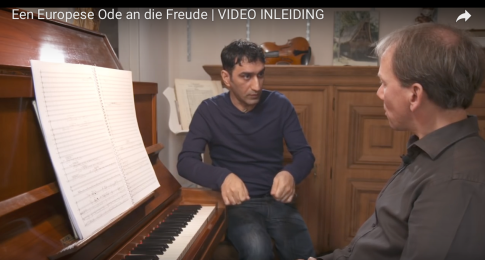 It all started with logistical problems. The introduction very often had to be in the same hall as the concert and that triggered problems. Also did some players – who had been involved in introductions for some time – have problems in focussing on the music when they had to deliver a talk just before the concert. In early 2016 the idea came up to set up digital introductions and see whether they could eventually replace the traditional live introductions.

Together with composer, writer and filmmaker  Stijn van der Loo a simple format was created: For every program one of the orchestra’s musician would talk about the music, what was special about it, the context in it’s time and also his personal relationship with the works. The films would be made in a personal setting, very often the working space of the very musician, the living-room or the garden. It should breeze the atmosphere of someone who loves the music and allow access rather than the specialist’s talk of a musicologist.

The first digital introductions where offered to the public in early 2016 and  had a tremendous success. Our public was extremely fond of the movies, which showed them a more personal side of one of their orchestra’s musicians. But they also liked it, because they could now prepare for the concert in their own time. As it turned out, many regular visitors found it difficult to be at the venue early enough to follow the introduction live. But with the digital edition it was easy.

Here  you find a link to a selection of digital introductions made so far. Even if you don’t speak Dutch you will get the idea by just watching some minutes in two or three clips. You will also realize how much more intense the experience of the introduction can be when what is been said can be heard in music in the background.