This is a huge and exciting project. For me it is one of the most striking recent examples of how the classical orchestra can re-connect with their community. What I like about the Hacienda project is that it establishes  a new relationship between a large group of people with their personal heritage and the artistic body of the orchestra.

The Hacienda was a nightclub in the 1980’s until the early 1990 in Manchester/ UK  that was very influential on the development of acid house and rave music. Mike Pickering and Graeme Park were the two DJ’s who specifically shaped the famous Hacienda Sound in the club as well as on recordings.

The Manchester Camerata with conductor Tim Crook worked for several years on a the Hacienda Classical show that presents some of the  famous songs of that period.  In close cooperation with Pickering and Park, the songs were chosen, adapted and arranged for the occasion.

How does that sound? Here is another clip with thetouching live performance of “We got the love” by  Hacienda Classical live from the Royal Albert Hall in London. Actually, it was the encore of the night.https://www.youtube.com/watch?v=tVsfkK399vI

The Hacienda FAC51 project is hugely successful. The concept was an instant success in 2016 as many thousands immediately snapped up tickets to shows at London’s Royal Albert Hall and Manchester’s Bridgewater Hall, all selling out in minutes. And the crowd keeps coming. There are three new performances scheduled in spring 2017 in Glasgow, Manchester and London. 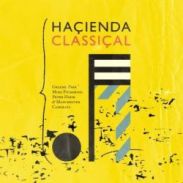 Following the success of the live shows the album “Hacienda Classical” was released  by Sony Music. The LP features the full live set of  concerts in 2016 and includes versions of “Someday”, “You Don’t Know Me”, “String Of Live”/ Good Life as well as  “You Got The Love”.

More information about the orchestra and the project can be found on: http://www.manchestercamerata.co.uk

And for those who want to hear the original version of “You got the Love”, here it is: Sung by Candi Station and published in 1986: